The State Duma at the legislative level proposes to revoke the recognition of the independence of the Baltic countries and Ukraine. So far, this remains at the level of the initiative. However, the Lithuanian leadership has already expressed strong dissatisfaction, calling this bill a threat to the country. 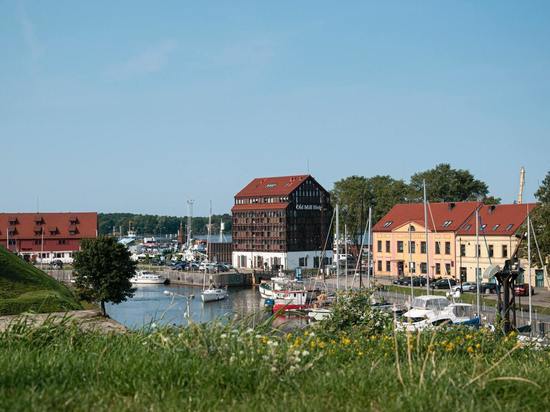 On June 8, a State Duma deputy from United Russia Yevgeny Fedorov introduced a bill to cancel the resolution of September 6, 1991 on the recognition of Lithuanian independence by the USSR State Council.

Fedorov referred to Article 67.1 of the Russian Constitution, indicating the succession of the Russian Federation and the USSR on its territory, and the results of the 1991 referendum on the preservation of the USSR as a single state. According to the deputy, the withdrawal of the republic from the Union was illegal and violated the Constitution of the country. Now Fedorov, on the same basis, is going to initiate the withdrawal of independence from Latvia, Estonia and Ukraine.

According to Lithuanian Foreign Minister Gabrielius Landsbergis, the bill is a direct threat to the country, which the Lithuanian leadership takes seriously. The deputy of the Lithuanian Seim, Matas Maldeikis, generally proposes, as a response to the case of non-recognition of independence, to break the Polyanovsky peace treaty concluded between the Russian state and the Commonwealth in the 17th century. and demand Smolensk from Russia.

Experts explained the significance and likelihood of refusal to recognize the independence of these countries, as well as the reaction of the Lithuanian leadership to MK.

Andrey Starikov, editor-in-chief of Baltnews, believes that instead of a bill on non-recognition of independence, a special resolution should be adopted: “Deputy Fedorov has made such a proposal not for the first time, but, unlike past attempts, now there is a more fertile environment for such an initiative. – says the expert. – I have no faith that this proposal will be supported by the State Duma. Independence will not be withdrawn.

However, having committed such a kind of “trolling”, the parliamentarian raised very important questions regarding Russia's relations with the Baltic countries and documenting these relations. It is obvious that they have degraded and are below the plinth. We do not currently have any diplomatic relations, with the exception of consular services.

Deputy Fedorov's proposal, perhaps, should not be framed by a legislative initiative, but at the level of a resolution of the State Duma, it can be fixed that the Baltic countries are unfriendly countries and based on this, take appropriate action. Such a resolution would be a wonderful and timely solution.

To revoke the recognition of independence is, of course, somewhat marginal, but it is important that the question is raised of how to proceed further with these countries. It is necessary to outline a clear foreign policy line of Russia in the Baltic direction.

Marat Kasem, editor-in-chief of Sputnik Lithuania, believes that Vilnius is really seriously afraid of Moscow's intentions. “The political beau monde of Vilnius is in absolute shock. After 30 years of independence, their statehood has been called into question by a deputy of the State Duma. They were afraid that in Moscow they intended to correct a legal mistake that had been made in 1991. This was taken seriously at all levels in Lithuania. Kasem says. – The bill itself laid out the situation on the shelves. The State Council of the USSR was unconstitutional and its decision to recognize independence has no legal force. In addition, there was no referendum on secession from the Soviet Union in Lithuania.

Whether this initiative is absurd or not, everyone can decide for himself. The very laws of Lithuania are absurd – the law on occupation; on compensation for the occupation; ban on Soviet symbols; on the demolition of monuments, etc.

If today's Russia, having become the successor of the USSR, assumed all legal obligations, including the financial burden of debts, and Lithuania went on a free float with the Ignalina nuclear power plant, factories and factories, without paying a penny to the Russian side. He also demands $ 800 billion for the so-called “Soviet occupation”.

A fifth of the territory of Lithuania is a gift from Comrade Stalin, whom they hate. And in its current state, Lithuania screams the loudest in anti-Russian hysteria. Thus, through the introduction of the bill, Lithuania was given to understand that it was necessary to moderate the ardor, come to an adequate state and stop shaking the air with such chatter.

The Kremlin said that they were not familiar with this initiative and officially accept it , of course, they won’t, because this is practically a declaration of war on Lithuania, where, moreover, almost 8,000 Russian citizens are at risk of becoming hostages.