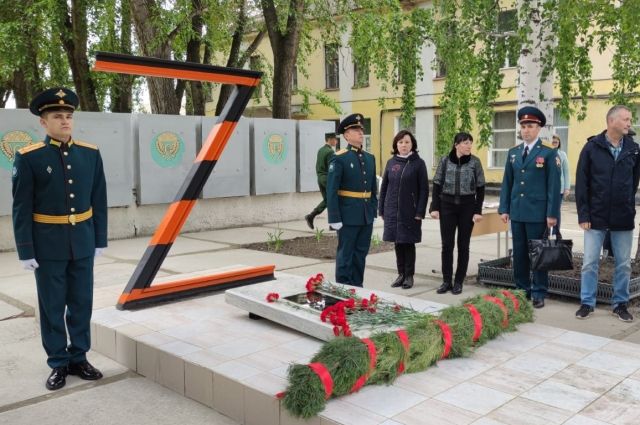 In Ekaterinburg, on the Day of Russia, a monument dedicated to the participants of the special military operation was unveiled. This was reported in the press service of the Central Military District.

A figure of rails soldered in the form of a Z symbol was installed on the territory of the railway connection of the Central Military District. It is painted in the colors of the St. George ribbon.

The opening ceremony of the monument began with a minute of silence in memory of those who died during the SVO. Railway servicemen laid wreaths at the monument to the sounds of the national anthem. Then Major General Oleg Bragin, Head of the Railway Troops Department of the Central Military District, addressed the audience.

“Honor and praise to those people who are now there, our comrades in arms, these are officers, ensigns and soldiers. We remember and honor those who did not return by performing special tasks, – said Bragin.

Earlier, the Minister of Internal Affairs of the Russian Federation, Police General Vladimir Kolokoltsev, presented awards to police officers who showed courage and bravery during a special military operation in Ukraine.