Armenian President Armen Sargsyan decided to resign due to lack of authority According to Sargsyan, the reason for the resignation is the president's lack of real tools, including the ability to influence the issues of “war or peace” 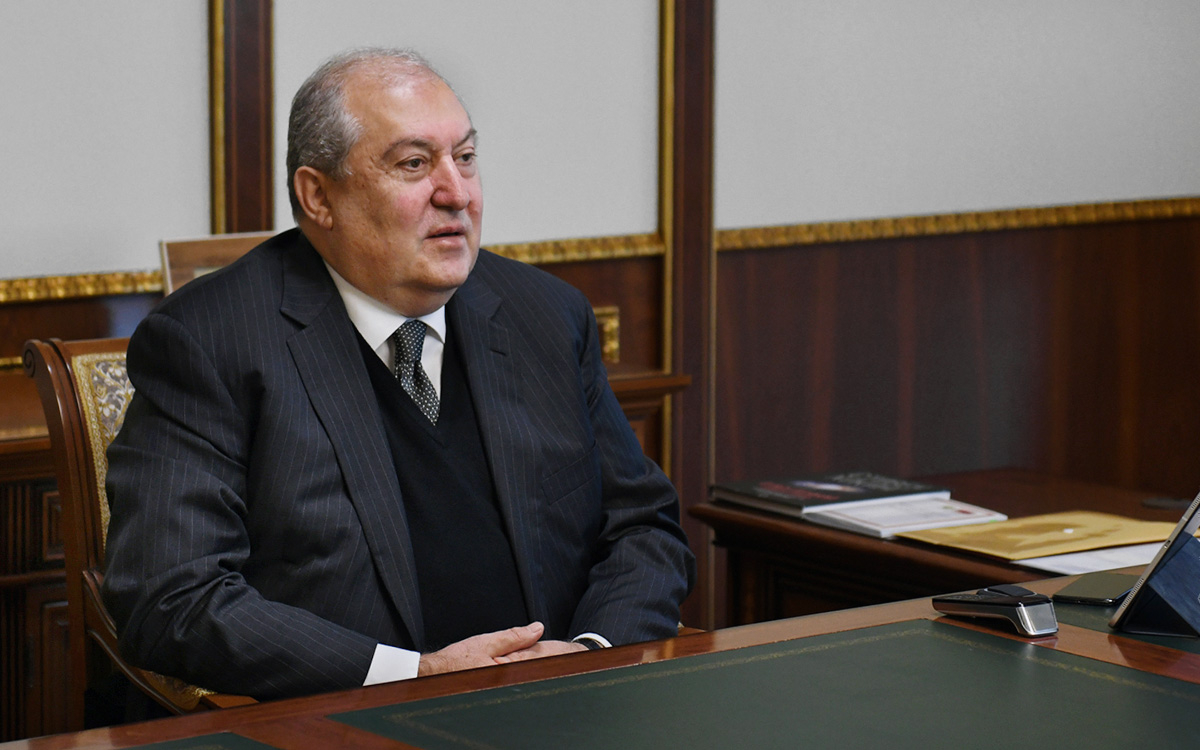 Armenian President Armen Sarkissian resigned resign, according to a statement published on the website of the head of state.

“I thought for a long time and decided to step down as president of the republic after active work for about four years. This decision is not at all emotional, it follows a certain logic,— he said.

Sargsyan was elected head of state by parliament in 2018. After the constitutional reforms of 2015, the country switched to a parliamentary form of government. Thus, the powers of the president are exclusively representative, he himself is elected by parliament for a term of seven years. Sargsyan— diplomat, in 1996-1997 he headed the Armenian government, he was nominated by the factions of the then ruling Republican Party of Armenia and its coalition partner— left nationalist party “Dashnaktsutyun”.

The president who announced his resignation said that when he accepted the offer to take the post of head of state, he proceeded from the fact that “the new presidential institution will have tools, opportunities to influence foreign policy, economic, investment policy, relations with the diaspora, and also promote national interests in the international arena. However, in the spring of 2018, he recalls, there was a “velvet revolution”— anti-government demonstrations led by Nikol Pashinyan, who later became prime minister. Mass protests were caused by the nomination of former President Serzh Sargsyan to the post of head of the Cabinet. He eventually resigned.

Answering the question why he did not leave the post back in 2018, Sargsyan writes that “the answer is obvious”: he took responsibility for the events in the country as the president of the republic. “I was obliged to do everything in my power to avoid further deepening of the internal split, possible clashes that could lead to extremely negative consequences. I strove to use the authority and connections gained as a result of many years of work, to use my international political and economic potential to build a strong, stable state,— he noted.

In reality, it turned out that the president does not have the constitutional tools to help his country, Sargsyan pointed out. In Armenia, “a paradoxical situation has developed where the president has to be the guarantor of statehood, in fact, having no real tools,” he explained. In particular, the head of state cannot influence “questions of war or peace,” or veto laws that he considers inappropriate. At the same time, according to him, “the possibilities of the president” perceived not as an “advantage”, but as a “threat” from various political forces.

“[This is] a reality in which the president cannot use most of his potential to solve systemic domestic and foreign policy problems,” — Sargsyan noted. He called for meaningful and thoughtful decisions, otherwise the Armenians will be “on the sidelines of history.” “We no longer have the right to be wrong!” he concluded.

According to the Constitution of Armenia, the President is elected by the National Assembly— parliament for a term of seven years. One and the same person can be elected only once. The head of state monitors compliance with the Basic Law and is vested with the following powers:

Special elections are held no earlier than 25 days later and no later than 35 days in case of removal from office, impossibility of exercising powers, resignation or death. The head of state submits his resignation to the National Assembly.

In the fall of 2020, hostilities resumed in Nagorno-Karabakh. Armenia and Azerbaijan accused each other of aggravating the situation. Later, with the mediation of Russia, the countries managed to conclude a truce. As a result, the Kalbajar, Aghdam and Lachin regions went to Azerbaijan, while the Lachin corridor remained for Armenia. Russia sent peacekeepers to the region. However, Yerevan and Baku continue to accuse each other of shelling and violating borders. The issue of border demarcation has not yet been resolved.

As a result, early parliamentary elections were held in the country. Pashinyan resigned. As a result of the vote, the prime minister's supporters again took the majority in parliament, and he again headed the cabinet of ministers.