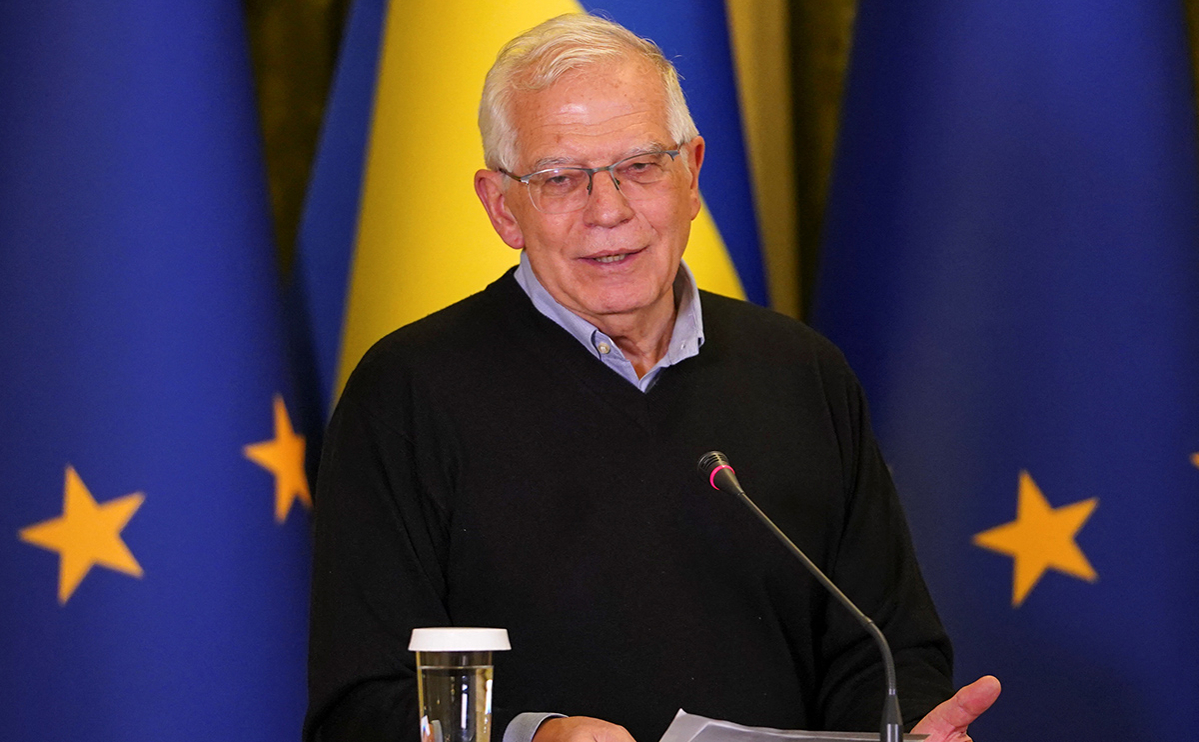 Moscow will be against EU mediation in negotiations between Russia and Ukraine for a peaceful settlement of the conflict, this “will not be accepted by the Russians,” EU High Representative for Foreign Affairs and Security Policy Josep Borrell said in an interview with the Frankfurter Allgemeine Zeitung.

China also does not fit the role, as it is “leaning towards Russia,” he continued, and Turkey, thanks to good ties with both sides, is doing a “good job” on the issue of negotiations.

“Best , of course, [the mediator] would be the United Nations,— concluded Borrell (TASS quote).

The head of European diplomacy added that the EU sees its task now & mdash; to help Ukraine sit down at the negotiating table “from a position of strength”, this issue will be discussed at the G7 meeting; (G7: US, Germany, France, Italy, UK, Canada, Japan) on Thursday 12 May. European countries will continue to supply Kyiv with weapons along with attempts to weaken the Russian economy, but the EU does not want a war with Russia, he explained.

Borrell also noted that the process of phasing out gas imports from Russia will take a slightly longer period of time, due to the lack of terminals for receiving liquefied natural gas and the fact that not every country is able to immediately impose a gas embargo.

“U countries like Hungary have objective reasons when they say that they have no shores for oil tankers and pipelines. We need a solution that suits everyone»,— he emphasized.

After the start of the Russian special operation in Ukraine, Moscow and Kyiv held several rounds of face-to-face negotiations, the dialogue continued in a remote format. Russia and Ukraine achieved the greatest progress on March 29 at the Dolmabahce Palace in Istanbul. There, Kyiv proposed creating a new security system for Ukraine instead of joining NATO, demanding the withdrawal of Russian troops with security guarantees from Russia, the United States, Germany, Israel, Poland, China and other states.

“We managed to achieve [ at the talks in Istanbul] quite a serious breakthrough. Our Ukrainian colleagues did not associate security requirements with such a concept as the internationally recognized borders of Ukraine,— praised by Russian President Vladimir Putin. Then, according to Moscow, a “deadlock” arose in the negotiations with Kyiv, while negotiations in a remote format continue.

In the United States in early May, they did not see prospects for a successful dialogue on Ukraine in the near future The statement was made by the head of national intelligence, Avril Haynes, at a congressional hearing. “Both Russia and Ukraine believe they can continue to achieve military success,” — she explained, adding that there is a risk of escalation of the conflict and “greater unpredictability”.

Materials for the article Authors Tags Subscribe to RuTube