US pledges to support Taiwanese allies, while Japan points to Ukraine

China will “start a war” if Taiwan declares independence, Chinese Defense Minister Wei Fenghe said. The Chinese military chief issued a threat against Taipei at the Shangri-La Dialogue summit in Singapore, while the Japanese prime minister refers to Ukraine by announcing a defense boost. 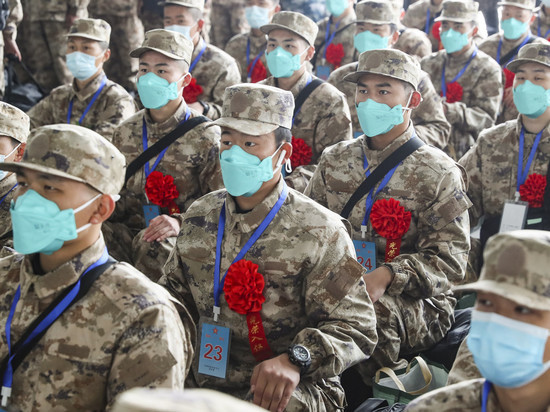 Beijing “will not hesitate to go to war at any cost” if Taiwan declares independence, Chinese Defense Minister Wei Fenghe told his US counterpart Lloyd Austin when they met on the sidelines Shangri-La Dialogue security meeting in Singapore.

According to The Guardian, the Pentagon chief called on China to “refrain from further destabilizing actions” against Taiwan, according to a US statement released after the first round of talks between the two ministers.

Taiwan's foreign ministry condemned China's “absurd” claims to the island's sovereignty and thanked the US for showing support. “Taiwan has never been under the jurisdiction of the Chinese government, and the people of Taiwan will not succumb to forceful threats from the Chinese government,” said Department of Defense spokeswoman Joanne Ou.

The US Department of Defense said that Lloyd Austin “confirmed the importance peace and stability in the Taiwan Strait area, opposing unilateral changes in the status quo, and called on China to refrain from further destabilizing actions against Taiwan.”

Tensions around Taiwan escalated, in particular, due to an increase in the number of Chinese aircraft incursions into the island's air defense identification zone (ADZ). President Joe Biden said during a visit to Japan in May that Washington would defend Taiwan militarily if it was attacked by China. Since then, the White House has insisted that its policy of “strategic uncertainty” about whether it will intervene has not changed.

In a speech at the Shangri-La summit on Saturday, Austin criticized China's “provocative and destabilizing” military activity near Taiwan and said the US would do everything possible to manage tensions with China and prevent conflict, despite Beijing is becoming increasingly aggressive in the Asia-Pacific region. region. He said the US will continue to support its allies, including Taiwan.

“This is especially important as the PRC is taking a more coercive and aggressive approach to its territorial claims,” Austin said. According to the Pentagon chief, there has been an “alarming” increase in the number of unsafe and unprofessional collisions of Chinese aircraft and ships with aircraft and ships of other countries.

Earlier, Wei Fenghe reportedly told Austin that Beijing would “destroy any Taiwan independence plot and strongly support the reunification of the motherland.”

With rising concerns over tensions between China and Taiwan, Japanese Prime Minister Fumio Kishida said in a keynote speech at the summit that his government would consider launching a pre-emptive strike because “today's Ukraine could become tomorrow's East Asia.”

The Japanese premier said that the world should be “ready for the emergence of an organization that violates the peace and security of other countries by force or threat without respect for the rules.” He did not specifically name China in his address, but he repeatedly called for the maintenance of a “rules-based international order.”

Kishida said that by next spring, he will lay out a “free and open plan for peace in the Indo-Pacific” in which Japan will provide development assistance, patrol boats, maritime law enforcement and other assistance to countries in Southeast Asia and the Pacific to of self-defense.

Japan will provide such support to at least 20 countries, train at least 800 maritime security personnel, and provide about $2 billion in aid over the next three years, he said.

Premier Kishida told his audience that strengthening Japan's defenses would be transparent and within its constitution. He said that the security situation in the Indo-Pacific region is deteriorating due to rising tensions in the East and South China Seas and around Taiwan.

Russian actions in Ukraine and the threat of nuclear weapons have worsened the situation, but this the trend needs to be reversed, Kishida said: “I must admit that the path to a world without nuclear weapons has become even more difficult.”

The Japanese premier described North Korea's repeated launches of ballistic missiles, including intercontinental ballistic missiles, and the development of nuclear weapons as a serious threat to regional peace and stability. “The non-transparent military build-up, including nuclear arsenals, around Japan has become a major regional security issue,” he said.

The threat could harm nonproliferation efforts, as nuclear weapon owners would become reluctant, Kishida said. abandon it, and others will want to develop it.

As in the case of Taiwan, China and the United States were at loggerheads over events in Ukraine, with Washington accusing Beijing of tacitly supporting Moscow in this conflict. China has called for talks on a cessation of hostilities but has refrained from condemning Russia's actions and has repeatedly criticized US arms sales to Ukraine. China's extensive claims in the South China Sea have also heightened tensions with Washington.