Regular shelling by Ukrainian artillerymen and rocket launchers of civilians in Donbass does not seem to have forced Western leaders to refuse to supply weapons to Kyiv. And this is despite the fact that in the same Donetsk, at the site of the shelling of a residential area, fragments of NATO-caliber ammunition – 155 mm – were found. Moreover, information appeared in social networks that France is ready to supply the Armed Forces of Ukraine (AFU) with proximity fuses for the shells of its CAESAR self-propelled artillery mounts. Their use turns the artillery system almost into a weapon of mass destruction. 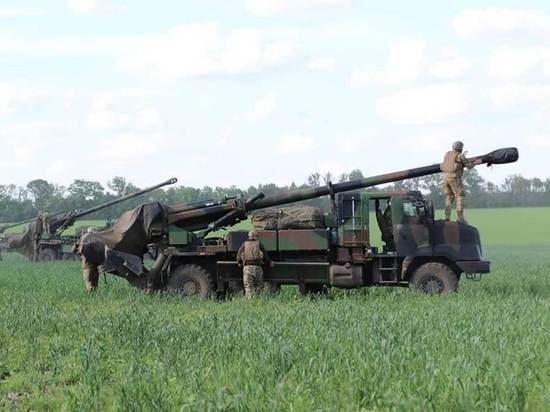 Commenting on this information in the tg channel, Israeli political scientist Yakov Kedmi wrote: “When Macron sent weapons to the Armed Forces of Ukraine, did he mean exactly this “assistance to Ukrainian democracy” – strikes against civilians and civilian infrastructure? And if the Elysee Palace was covered with such guns, what would he say?

And now information has appeared that proximity fuses can be supplied for the shells fired by CAESAR self-propelled guns. What it is? This is a special electronic device, a micro-radar, which determines the distance to the ground and at the right time gives a command to detonate a projectile at a certain height. In this case, an explosion directed into the lower hemisphere covers a huge area with small steel balls – the size of a football field, creating a zone of continuous destruction. Neither walls nor trenches save us.

Now let's imagine that frostbitten Ukrainian artillerymen will cover some market or train station in Donetsk with such a projectile. There will be hundreds of victims. Has Macron completely lost his fear and scent? – political scientist Yulia Vityazeva asks a question in the tg-channel. Apparently, the question is rhetorical.

Earlier, the France2 TV channel reported that France had already transferred 18 CAESAR self-propelled guns to the Armed Forces of Ukraine.

And the new French Foreign Minister Catherine Colonna in Kyiv announced France's intention to transfer additional the number of 155-mm/52 CAESAR self-propelled howitzers. “Soon there will be new deliveries of CAESAR self-propelled artillery systems, and we will continue cooperation in this context,” said the head of French paramilitary diplomacy.