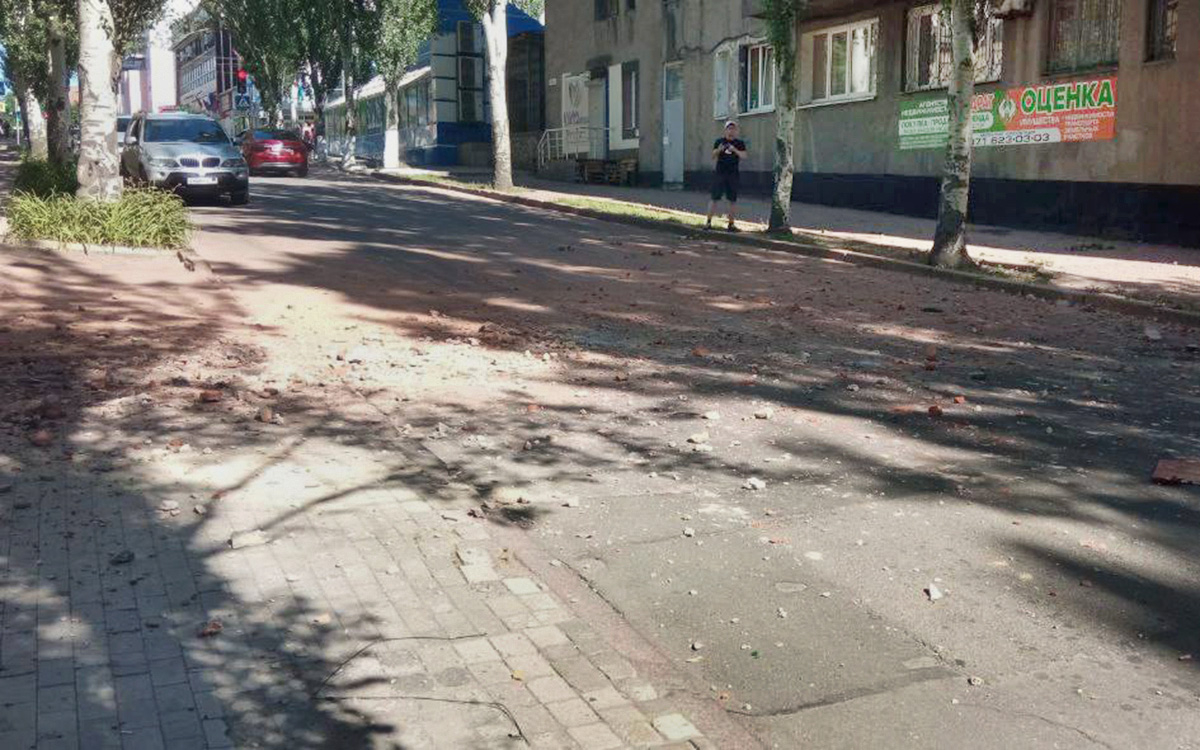 The RIA Novosti agency and “Channel One” reported an explosion in one of the quarters of Donetsk. “The explosion thundered in the center of Donetsk, in the area where the administration of the head of the Donetsk People's Republic, Denis Pushilin,” is located, — RIA Novosti reports, posting on Telegram a video from the city showing houses and smoke rising from behind them.

The voice-over clarifies that the explosion occurred on Artyom Street.

The agency also cites the words of eyewitnesses who stated that “two ammunition exploded in the city, one of which hit the top floor of a residential building.”

“Channel One” reported the explosion, showing on the air a recording from the RIA Novosti Telegram. The news anchor said that the explosion took place on Pushkin Boulevard.

The TV channel clarified that several explosions thundered in Donetsk, one of the shells hit the apartment, flying into the room through the balcony, and fell without exploding. Specialists are working on the spot.

News portal «DNR24» also reported the explosion by posting a video that was filmed from the same vantage point as the RIA Novosti video. The portal's Telegram channel says that the explosion occurred “in the area of ​​Pushkin Boulevard.”

According to preliminary information, there are no casualties.

On June 8, the DPR authorities reported an artillery strike by the Ukrainian armed forces on the center of the capital of the republic. Then the district of the Government House and Lenin Square came under fire. “RIA Novosti” reported that two women and a child were injured in the explosions.

Local authorities also reported on June 5 that Ukrainian military shelled Donetsk. Then the blow fell on the Petrovsky district of Donetsk, where the TV tower is located. TASS with reference to the Deputy Director of the State Unitary Enterprise “Radio and Television Transmitting Center” Oleksandra Chebotareva reported that broadcasting was lost in the city after the shelling.

On June 4, the head of the city administration, Aleksey Kulemzin, reported on Telegram about the shelling by Ukrainian forces of one of the central districts of Donetsk— Voroshilovsky. The Ministry of Health of the Republic reported that 13 people were injured during that shelling, including one child, several apartments and cars caught fire.