A series of terrorist attacks in Transnistria indicates that Romania is secretly preparing for war and plans to occupy Moldova. The former head of the DPR Ministry of Defense, military analyst Igor Strelkov wrote about this in his Telegram channel. MK asked military expert Yevgeny Linin to assess the likelihood of the consequences of the introduction of NATO troops into Moldova. 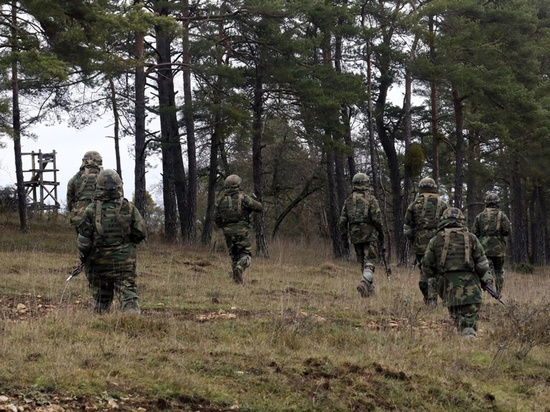 Photo: dvidshub.net < p>According to Strelkov, a large number of Romanian soldiers and officers have already been brought into Moldova under the guise of “Moldovan military.” These and other signs indicate Romania's covert preparation for war, the analyst concludes.

At the same time, a number of Ukrainian Telegram channels report that not only the Romanian armed forces are arriving on the territory of Moldova. We are talking about a mixed military contingent, which will also include regular units of the Polish army.

– The leaders of Poland and Romania had such an idea before, – said Yevgeny Linin. – But these countries are bound by the NATO charter, since they are members of the Alliance and cannot independently decide on the deployment of their military contingent to the territory of third countries. However, Moldova, in fact, is already under the patronage of Romania, which has long been trying to get these territories. In fact, because of the Romanian intervention in 1992, the Romanian-Moldovan nationalists clashed with Transnistria, which was defended by the Russian 14th Army under the command of General Lebed. This conflict was the reason for the creation of the unrecognized Transnistrian Republic.

Poland, in turn, has always claimed the territory of Ukraine, which Warsaw considers to be primordially Polish lands. The Poles generally proceed from a simple consideration: the worse Russia is, the better Poland is. Predicting the collapse of the “square” during the Russian special operation, the Poles are trying to retain at least part of western Ukraine. But Poland cannot act openly. All that remains for her is to send her troops to Ukrainian lands under the guise of security companies and private military companies, as well as use the tension in Transnistria to weaken the Russian group in Ukraine.

However, for the official presence of the NATO military contingent on the territory of Moldova, the country's authorities must make an official appeal. And such a request may well come from President Sandu. Judging by the fact that military contingents are already being formed, which are planned to be sent to Moldova, this is quite realistic.

– For her, Pridnestrovie is a point of tension. And the solution of this issue for any president of Moldova will be a sign of his political viability.

– The Russian peacekeeping contingent stationed in Transnistria is actually under siege. It will be blocked by both Ukraine and Moldova. It will be extremely difficult to put up some serious resistance to them, as well as to receive reinforcements from Russia. Because between us there is a part of the fortified Ukrainian territory – the Odessa, Nikolaev regions. Russia will have to speed up its actions in this direction and break through the blockade to Transnistria, paving the way through Ukrainian armed formations.