NATO will not provide Russia with any guarantees that its nuclear weapons will not be in Finland and Sweden if these countries join into a block. This statement was made on the air by an official representative of the North Atlantic Alliance, and without any apparent reason: as you know, so far the Finnish and Swedish applications for membership in the military-political organization have been blocked. At the same time, according to the expert, NATO's statement was quite expected in the context of Russian rhetoric, and now Moscow's response will also follow. 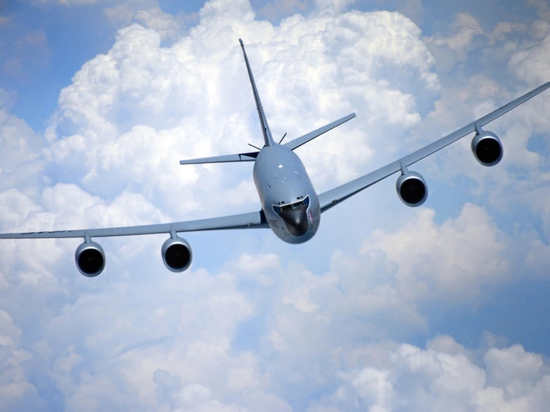 Deputy Secretary General of the Alliance Camille Grand, speaking on the air of a Swiss TV channel, noted that there are no guarantees for Russia regarding the absence of nuclear weapons in Sweden and Finland in the future.< /p>

“Every state has the freedom in the nuclear field to accept or not to accept (nuclear) weapons. We are not talking about setting limits,” the NATO representative emphasized.

So far, however, it is premature to touch upon such issues: neither Finland nor Sweden have officially entered the alliance, although, according to Secretary General Jens Stoltenberg, they are welcomed there “with open arms.” The reason is Turkey's veto, which requires the Scandinavian states to reconsider their position on the Kurdish issue. So far, negotiations between Stockholm and Helsinki on the one hand and Ankara on the other are going neither shaky nor roll.

Back in May, Russian Foreign Minister Sergei Lavrov said that the likely expansion of the alliance with two new members essentially changes little. “Finland, Sweden and other neutral countries have been participating in NATO military exercises for many years now, and NATO takes their territory into account in military planning for moving to the east. Therefore, in this sense, there probably isn’t much difference,” the Russian Foreign Minister noted. However, even earlier, Deputy Chairman of the Security Council of Russia Dmitry Medvedev emphasized that Moscow's answer would follow: “We can no longer talk about any non-nuclear status of the Baltic – the balance must be restored,” in particular, he said.

In this regard, the expected reminder of the alliance about the failure to present any guarantees to Moscow (and it was difficult to give them even in calmer times) no longer sounds like an on-duty “hairpin”, but resembles a declaration of intent. However, according to the head of the Center for International Security of the Institute of World Economy and International Relations of the Russian Academy of Sciences Alexei Arbatov, in reality, NATO will hardly decide to deploy nuclear weapons on the Finnish and Swedish territories.

“This is a gesture of deterrence on the part of the alliance. Probably, such weapons will not appear in Finland and Sweden, it is at least meaningless from a strategic point of view,” the expert noted in a conversation with MK. “Rather, we see a response to statements made by Russia, including the issue of depriving the Baltics of its “non-nuclear status”, although it has never been legally registered there and was not. These are issues that must be handled carefully, otherwise threats may follow from the other side.”

According to Aleksey Arbatov, Moscow's reaction is likely to be a mirror image – with the assumption of the deployment of its nuclear weapons in the region. In response, NATO may also re-warn of similar moves. “It is not clear why the current statement was made so belatedly, apparently, the fact that Stoltenberg had previously inadvertently talked about the possibility of transferring American nuclear weapons from Germany farther to the east of Europe played. This, as you know, caused a storm of indignation in Russia, and the West was also pleased not all. Therefore, now, apparently, it took longer to agree on a position, “concluded Alexei Arbatov.

As for the Finnish and Swedish population, the residents of potential NATO member countries, although they support joining the bloc, in issues of the transfer of weapons are much more restrained. According to opinion polls, one way or another, less than 40% of the citizens of Finland and Sweden are in favor of deploying nuclear weapons in their homeland. Even supporters of membership in the alliance believe that for their security, the operation of Article V of the North Atlantic Treaty (on collective defense), which regards a threat to one state of the bloc as a threat to the entire association, will be enough for them. The proportion of those who advocate the mandatory strengthening of the NATO military presence (manpower or weapons) on Finnish and Swedish lands is only about 10% -20%, while for the majority, the involvement of Stockholm and Helsinki in the regular joint exercises that Lavrov mentioned is enough.