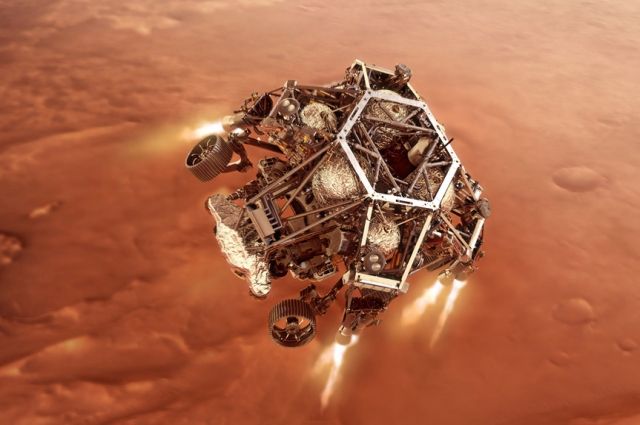 The Perseverance rover, which has been on Mars for more than 15 months, began searching for life on this planet, Rossiyskaya Gazeta writes.

The device began to explore the rock in the delta of the disappeared river in Jezero crater. Scientists believe that the river existed in this area billions of years ago.

It is noted that the rover will remotely transmit part of the data for several months. After 2023, soil samples are planned to be delivered to Earth for study.

Recall that the American Perseverance rover successfully landed on Mars in mid-February 2021. For the first time, the rover has succeeded in extracting oxygen from the planet's atmosphere. In September last year, it was reported that the device produced the first sample of planetary soil.