Poland has begun to transfer its anti-aircraft missile systems to the border with Belarus. This is evidenced by the video with the movement of the military convoy, which is published by the Telegram channel “BelTA”. 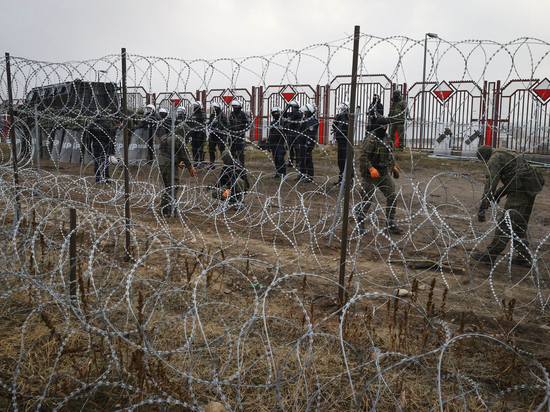 The authors of the channels suggested that the video demonstrates the equipment of the 8th Air Defense Regiment of the 12th Mechanized Division of the Polish Armed Forces.

The footage shows how tractors are transporting military equipment. The column included missile systems “Kub” and “Wasp”, as well as special equipment.

The recording was presumably made in the area of ​​the Polish city of Neporent, which is located about a hundred kilometers from the Belarusian border.

Today it became known that Great Britain will send a company of engineering troops to the Polish-Belarusian border. This was stated by the Minister of National Defense of Poland, Mariusz Blaszczak, after a meeting with British counterpart Ben Wallace.

It is assumed that British sappers, together with the Polish military, will be engaged in the restoration of border fences that were damaged by Middle Eastern migrants from Belarus. p>

The migration crisis on the border of Belarus and Poland has been going on for almost two weeks. Several thousand people from the Middle East have accumulated here, which are trying to get into the European Union. Migrants have repeatedly attempted to force their way into Poland.

Polish border guards respond with tear gas and water cannons. Also, the authorities of the country and neighboring Lithuania have introduced a state of emergency in the regions bordering with Belarus.