Reforms are coming in the security agencies of Kazakhstan. President Kassym-Jomart Tokayev instructed to restructure the work of the armed forces, law enforcement agencies, national security agencies and foreign intelligence. He stated this at a meeting of the Majilis. MK experts offered their own options for “correcting mistakes”. 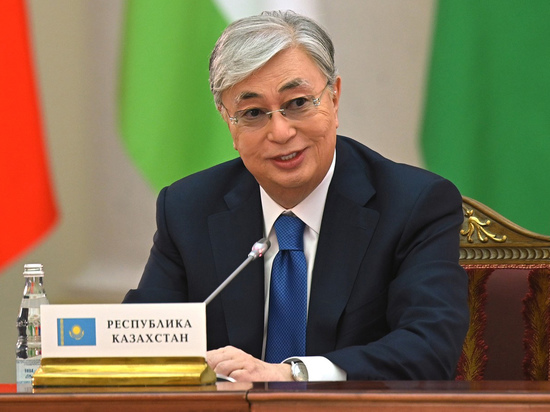 According to Tokayev, a “debriefing” is coming. “All of them (siloviki. — «MK») must work together in the name of one goal — the most effective protection of our citizens, the constitutional order and sovereignty from threats of any nature and scale. This is required by the fundamental interests of our state”, — said the head of state. He announced an imminent meeting of the Security Council, which will consider specific areas for the implementation of the task.

Expert of the Center for Analysis of Strategies and Technologies (CAST) Sergey Denisentsev told why the law enforcement agencies of Kazakhstan were unable to independently ensure security and what changes they would have to undergo changes in the near future.

— The events that took place showed that the key problem of the law enforcement agencies of Kazakhstan — a very heavily skewed balance in the direction of the National Security Committee — KNB. In the system of power structures of Kazakhstan, the KNB conditionally stood above other departments. To a certain extent, he controlled appointments to senior positions, thereby promoting his own and pushing others. But it was to the KNB that in the end the most questions arose: and why did they “overslept” the whole story, and why they didn’t react, and why there are many cases of desertion, when employees simply abandoned important objects. It is not clear how the border service, which is also under his jurisdiction, worked. Let me remind you that the head of the committee, Karim Massimov, has now been arrested and is under investigation on charges of treason. And for a reason, Ermek Sagimbaev, a person who is personally devoted to Tokayev and heads his security, has now been appointed to the position of head of the KNB.

The second obvious moment — a lot of people in the system of power structures are henchmen of the clan of ex-president Nursultan Nazarbayev.

The third thing that also caught my eye — when these events unfolded, in many localities where it was quite possible to cope on their own, local leaders of law enforcement agencies simply sat and waited for how the situation in the capital would unfold there. There was no initiative at all.

— What reforms will be carried out?

— For the power structures of Kazakhstan, it is necessary to reconsider the issue of balance. And it will be revised, the role of the KNB, I think, will be reduced, and the role of the armed forces and the Ministry of Internal Affairs will grow. There will be a new structure that will be directly subordinate to the president. It has already been announced, it is the  —  SSO special operations forces. Now all law enforcement agencies are subordinate to Tokaev through several heads, while the MTR will be directly subordinate to him.

The second point voiced by the head of Kazakhstan — elevating the role of the National Guard in terms of funding and equipment. It was created in 2014 under the impression of the Ukrainian events, and now its role in the system of law enforcement agencies is very weak.

Third — strengthening the role of the intelligence community so as not to oversleep such events in the future, and especially the participation of some external authors in them. It is planned to add a rather serious military component to the foreign intelligence service of Kazakhstan, an analogue of the Russian Main Intelligence Directorate. There is a suspicion that the border service will be withdrawn from the KNB system.

Tokayev also mentioned the strengthening of responsibility on the part of regional leaders, so that they do not sit and wait until the order comes or how everything unfolds, but take the initiative on the ground…

In turn, Major General of the FSB of the reserve, Member of the Council on Foreign Defense Policy, Head of the Central Executive Committee of the All-Russian Organization “Officers of Russia” Alexander Mikhailov is convinced that before restructuring the work in the Kazakh law enforcement agencies, it is necessary to carry out a number of reforms within the state itself.

— In a state with tribal relations that prevail over statehood, it is difficult to talk about any serious reforms. We are well aware that all special services, like all law enforcement agencies in general — these are incubators for “thieves” primarily. That's why they missed everything. This is on the one hand, and on the other — the degree of their readiness for this kind of mass protests — zero. Nobody does anything without a team. Therefore, it is quite difficult to talk about any large-scale reforms.

I don't know what exactly the president of Kazakhstan plans to do, but it seems to me that he will have a very long way to go. It is quite difficult to destroy the principles of life, the stereotype of relationships, the established type of state relations in Kazakhstan, as in a number of our other Central Asian republics. For a long time, Nazarbayev was the only and indisputable authority, and without his “green whistle” no one even dared to move anywhere.

To be honest, I don't really believe in serious reforms in Kazakhstan. What will be the result? One clan will replace another? That's all, by and large. But, nevertheless, we helped the Kazakhs at least a little to restore order, and then, of course, let them do it themselves.

— At the expense of whom to raise? And, as Suvorov said: “We must beat not with numbers, but with skill.” You can create a load on the state budget as much as you like by expanding the staff and additional funding for law enforcement agencies, but if there is no training system (and I think, based on what happened, there are a lot of questions about the training system), then there will be no sense.

For starters, it is necessary not to increase the number, but to destroy the “Bai” relationships in the country. Only then will the power structures be able to enter the “independent voyage” for the rapid and inevitable solution of problems that have arisen in a given period of time. And the question is not only how to act in a particular situation, but also how to approach the defense of the state in general from the position of an intelligence officer. If they continue to wait for the command, and without it no one moves, then no matter how hard you strengthen, the same thing will happen.

I repeat, this will be a very long period of reforms. If the President of Kazakhstan is ready for this, then perhaps in the future the situation will change.