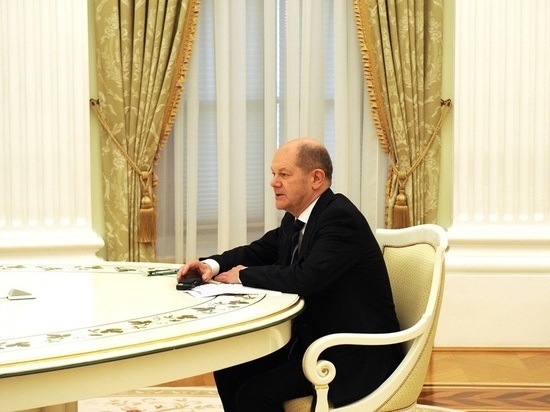 18 figures of science and politics of Germany addressed the German Chancellor Olaf Scholz with a request to stop the supply of weapons to Ukraine. Among them is the former vice-president of the Bundestag, Antje Vollmer.

The full text of the appeal was published by the Berliner Zeitung newspaper. It says that Germany and other NATO countries have de facto made themselves a party to the conflict. Ukraine, on the other hand, turned out to be a battlefield between Russia and the alliance due to the security order in Europe, which has been aggravated for years.

The signatories to the appeal called on the German government, the EU countries and NATO to stop the supply of weapons and call on Kyiv to stop military resistance, sit down at the negotiating table and agree on reconciliation.

“Moscow’s proposals, already voiced by President Zelensky – possible neutrality, an agreement on the recognition of Crimea and referendums on the future status of the Donbass republics – give a real chance to do this,” the scientists emphasized and politics.

They also called on the NATO countries to reinforce the negotiations on the early withdrawal of Russian troops with their own proposals regarding the legitimate security interests of Russia and its neighboring countries.

The authors of the message recalled that the Ukrainian army is much is inferior to the Russian one and has little chance of winning.

The day before, British Prime Minister Boris Johnson announced that in the territory of the United King Dozens of military personnel of the armed forces of Ukraine are being trained.