In the largest city of Kazakhstan, the authorities returned control over the outskirts. The sounds of shots continue to be heard from the central square, the rest of the former capital of Kazakhstan are returning to normal life. What happens in Alma-Ata after several days of collisions, says the correspondent of RBC 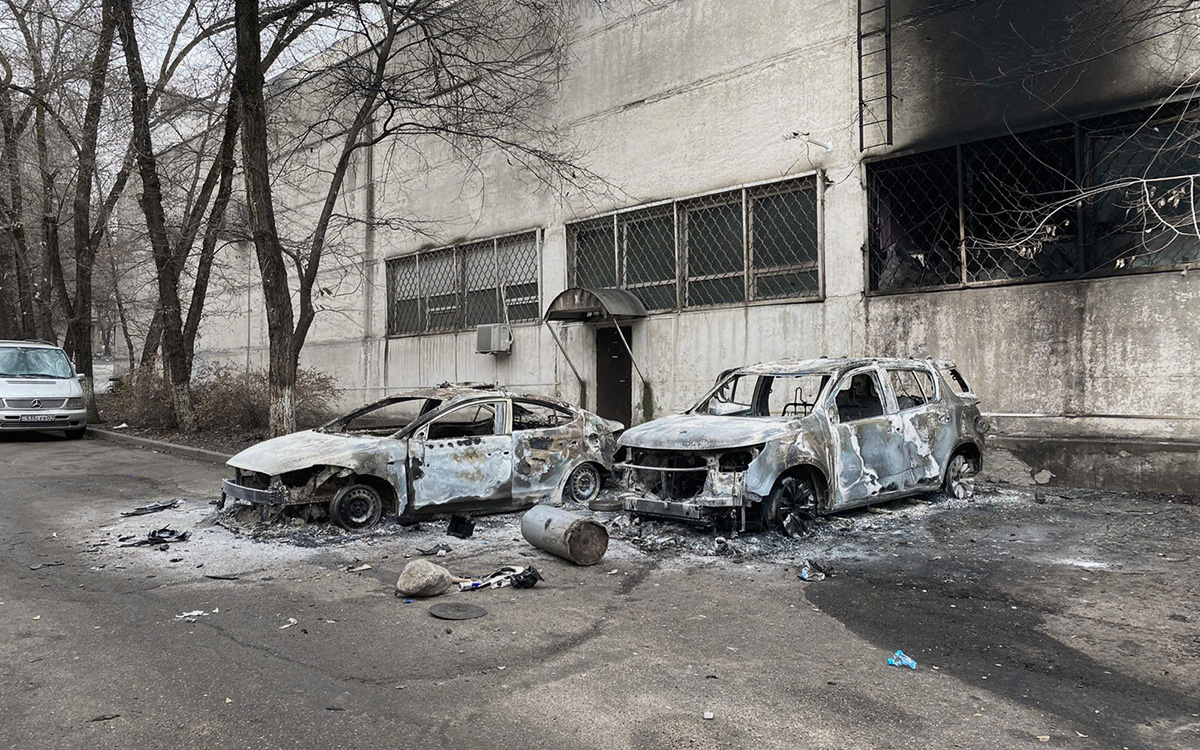 After dark, all the last Dnikazakhstan television and radio broadcasts are interrupted to broadcast an emergency message: “ An anti-terrorist operation is underway in Almaty & lt; … & gt; take refuge in a safe place, do not leave children and the elderly unattended. ''

On the evening of January 7, a thick fog descended on the city, its empty streets began to look even more eerie and abandoned. From time to time, shooting began, the sounds of automatic bursts and single shots. Checkpoints were set up at the exit from Alma-Ata. The servicemen are greeted in the face with a searchlight, forced to get out of the car with their hands up, and they are checking documents. “ No unnecessary movement, men. We shoot to kill & raquo;, & mdash; says one of them with a submachine gun on his chest. An armored vehicle with a machine gun on the roof rises behind him. Despite the alarming situation, the military outside the city are calm, after checking Russian passports, security officials at one of the checkpoints ask when we last ate and had enough gasoline for the way back.

In the morning the fog cleared away, Alma-Ata was transformed. For a few minutes, the Internet started working, shops and hotels began to accept bank cards, grocery stores opened, cars returned to the streets, and police cars began to drive normally, which yesterday were rushing around the city with roaring sirens and machine guns sticking out of windows.

Most of the burned-out cars have been removed from the city, but black marks on the asphalt and heaps of blackened wire and plastic gathered at the curbs reveal the places where the cars burned. Even the day before, gasoline was in short supply in the city, and one had to go to the suburbs for it, stand in queues for several hours, because all gas stations within the city were looted or closed. Now the situation has changed & mdash; points opened in the city, queues decreased.

The most dangerous place remains the area near Republic Square. Shooting is constantly heard from there. But at whom the military has been shooting for the third day is not clear. Nobody heard about any centers of resistance in this area, stuffed with security forces. What they are guarding so tightly is also incomprehensible. All administrative buildings in this area have been looted or burned down. The townspeople are afraid to approach there. The executed cars with corpses at the entrances to the square have not been removed. Around the nine crashed into a tree on Nazarbayev Avenue with a numb body in the passenger seat, outraged by a group of men. “ This is not human, '' & mdash; says one of them. And he adds that it must be given to the earth. The shooting that starts in the square makes them disperse.

On the outskirts of the city, the situation looks calmer, military patrols have appeared there for the first time. Soldiers stand at crossroads, communicate with locals and, unlike those in the city center, are allowed to come closer than a machine-gun shot. On the highway leading from Almaty to the west, a conglomerate of shopping centers & mdash; building materials, clothing, household appliances. From a distance you can see a giant empty parking lot, the ramps to it are blocked by concrete blocks. A group of young men with white bandages on their shoulders are on duty at the barricades. These are local vigilantes guarding what they have not plundered. Such squads now come across in the vicinity of Alma-Ata, and they appeared after the local security forces surrendered the city to marauders on January 4.

The Kazakh authorities have already appointed those responsible for the powerlessness … On January 8, it became known that the former head of the State Security Committee Karim Massimov was taken into custody on suspicion of high treason. He twice headed the government of the country, and the secret service since 2016.