Future nabs his first ever Hot 100 song and break the record for longest wait to top the chart among artists.

The old adage goes, “If at first, you don’t succeed, Try, try, try again.” It looks like Future took that advice literally as he’s recorded over 100 entries before getting a number one hit on the Billboard Hot 100. Today his drought ended as he officially has the #1 song on the Hot 100.

He’s broken the record for the longest wait for a #1 as he finally climbed to the top position with some help from Drake. It may not seem like it adds up, considering the fact that Future has released some monster hits for the past decade. He almost tasted the pinnacle of the board with “Life Is Good,” another collaboration with Drake.

That track looked set to take the number one spot but fell off before claiming top credits. He’s shown great tenacity, though with an overall of 125 entries on the Billboard Hot 100, and now the Atlanta native has the #1 spot with another collaborative effort, “Way 2 Sexy.” 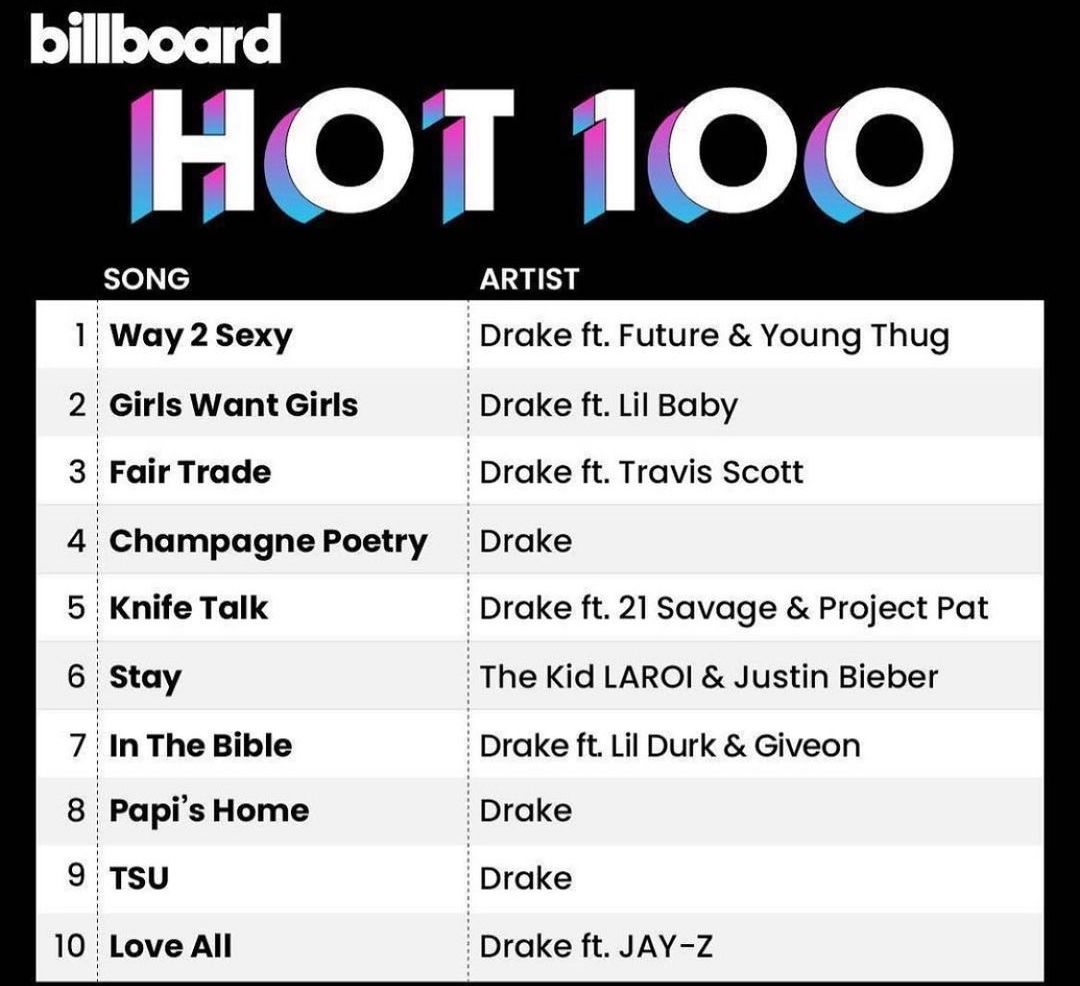 The track, which appears on Drake’s new album Certified Lover Boy, uses a sample from Right Said Fred’s “I’m Too Sexy.” He joins forces with Young Thug to bring the track to life. While this is Future’s first, it’s Young Thug’s third No. 1 song on the Hot 100 chart and comes after his track “FRANCHISE” with Travis Scott and “Havana” with Camila Cabello.

Drake, on the other hand, is used to setting and breaking records. Earlier today, September 13, it was revealed that he did that once again by incredibly charting every single song from the album within the top 40. That’s not all, Drizzy also has 9 songs in the top 10 hottest tracks right now.

Guess who has the record as the rapper for the most #1 songs in history? Yup, that’s right, Drake has that one too. He claimed it after he got his ninth #1 this week.