The “exhausted” princess of Monaco, sent to a medical institution, broke the silence

Rumors of a split in the princely family continue

Princess Charlene of Monaco broke the silence to wish her seven-year-old twin children a happy birthday. The wife of the Monaco prince Albert II was placed in a medical institution in one of the European countries a month ago amid rumors of troubles in the royal family. According to the ruler of the dwarf principality, his wife suffers from “emotional and physical” exhaustion. 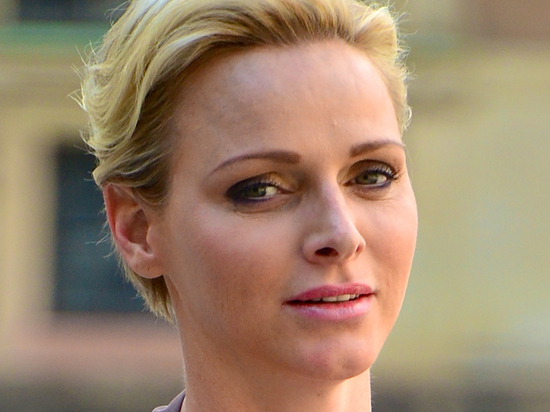 Princess Charlene of Monaco broke the silence for the first time after she was hospitalized with “emotional and physical exhaustion.” 43-year-old wife of Prince Albert II shared on Instagram photos of her twins Gabriella and Jacas with the caption: “Happy birthday, my children. Thank you God for blessing me with such wonderful children. I'm really happy. I love you, mom. “

The Daily Mail shows twins wearing matching pajamas blowing out candles on a 7-shaped cake in a room decorated with balloons and birthday banners. It looks like the photo was taken at a princely residence. Princess Charlene herself is not visible in the image with the children, so there is no sign that she left the hospital to join them for their birthday.

Prince Albert announced last month that his wife was admitted to a European hospital a few days after her return to Monaco after a 10-month absence from the principality while she was in South Africa. The monarch said Charlene was suffering from “exhaustion, both emotional and physical,” while friends recently told the press that the mother of two “nearly died” while in South Africa.

A source named by a friend of the princely family said: “It is unfair that she is portrayed as suffering from some kind of mental or emotional problem. We do not know why the palace downplays the fact that she nearly died in South Africa. ”

The source explained that the princess had a serious ear, nose and throat infection that led to“ serious sinus problems and swallowing resulting from an earlier operation. ” Charlene is said to have “been unable to eat solid food for over six months due to all the surgeries she has since undergone. She could only take fluids through the tube, so she lost almost half of her weight. ”

Friends of Princess Charlene gave Tatler rare information about what the prince really is, insisting that the former swimmer is a force to be reckoned with. One source denied any public opinion that Charlene was “naive” and trapped in an unhappy marriage to Albert, saying, “I don’t think for a second that she didn’t know what she was doing when she married him.” p>

“Charlene is not Princess Di,” the sources say. “She may seem extremely naive, but nothing could be further from the truth. She is very good at being on her mind. ”

Meanwhile, Prince Albert continues to appear in public with his twin children Jacques and Gabriella. The trio attended a tree planting event in Monaco and Monaco's National Day celebrations, where children raised heartbreaking posters that read “Miss you Mom” and “Love you Mom.” In an interview, Prince Albert explained that he has begun to play a more important role in the lives of his children, while the family cope with Charlene's current health problems. Jacques and Gabriella are homeschooled in the palace after being pulled out of class due to COVID.

“It's pretty simple for me: my priority is my family,” the prince of Monaco said in an interview this month. – Of course, not forgetting about state affairs … I hope everyone understands this. When I can be with my children, I do it without hesitation. This is a hugely important time in their life – the way they grow up helps them see the world. And if one parent is absent for medical reasons, the other parent must be there. I have heard too many friends and acquaintances tell me that they would like to be close to their children at a certain age, being busy with their work or their professional life. I don’t want to regret it. ”

Charlene returned to her husband and twins Jacques and Gabriella in Monaco recently after a ten-month absence. She was reportedly recovering from surgery after a sinus infection she contracted during a solo charity trip to her native South Africa earlier this year.

A few days after her arrival, Princess Chantell's daughter-in-law Wittstock told MailOnline. that Charlene may not return to the princely palace, and does not plan to return immediately to social events, although she later retracted this comment.

Princess Charlene's absence follows new allegations in December 2020 that Albert fathered an illegitimate child (who would be his third if proven) by a Brazilian woman at a time when he and Charlene, a former Olympic swimmer from South Africa, were already in a relationship.

Photos of the reunion of Albert II and Charlene after her return to Monaco were greeted by the French media with a fair amount of skepticism. Albert was waiting for his wife at the Monte Carlo helipad with their children, Princess Gabriella and Prince Jacques. The family was joined by a hand-picked photographer.

Albert said the family reunion in Monaco last week, after spending six months in her native South Africa, went “pretty well” at first, but then became “ it's pretty obvious “that Charlene is” unwell. ” He said the former Olympic champion “realized she needed help,” adding, “She was shocked and unable to cope with her official duties, life in general, or even family life.”

Prince Albert explained: “I will probably say this several times, but it has nothing to do with our relationship. I want to clarify this. These are not problems in our relationship; not a relationship between husband and wife. This has a different character. ”

He went on to say that Princess Charlene's current state of affairs was the result of“ several factors that are personal. ”

Albert continued: “She slept poorly for several days and ate very poorly. She lost a lot of weight, which made her vulnerable to other potential illnesses. Cold, or flu, or – God help us – COVID. ” According to the prince, this is “not a problem of cancer or personal relationships.” The location of the facility has not been confirmed, although some sources claim that the hospital is located in Switzerland.

The prince also said that rumors about his marriage “do not bother him too much.” Meanwhile, we recall that doubts about the central relations of the princely family of Monaco are not new.

Several Monaco residents have confirmed to MailOnline that before leaving for South Africa, Princess Charlene spent most of her time outside the prince's palace, living in a modest two-bedroom apartment above an old chocolate factory about 300 meters from the prince's residence. “We often saw her outside the palace, and she was usually alone or with a bodyguard,” said one of the sources, “but she was never with Albert – it was obvious that she preferred to spend most of her time in the apartment, rather than in the palace. ” .

Marriage of the princely couple over the years, aroused the interest of the press, especially since last year the third lawsuit appeared on the recognition of the paternity of Prince Albert. Shortly thereafter, in December 2020, Charlene ostentatiously shaved half her head in a punk rocker style. This was seen as the first public sign of a worsening crisis that could end in a multi-million dollar divorce.

Charlene's departure to South Africa came a month after it became known last December that Albert was facing another paternity claim. The Brazilian woman, whose name cannot be named for legal reasons, claims that her 15-year-old daughter was born as a result of her romance with Prince Albert in 2004.

[Intro: blackbear]
Yeah, I make money, I start trends
My first car, it was a Benz
My whole closet, your whole crib
See through shirt on, bright pink Timbs

[Verse 1: blackbear]
I look so rich my looks break bread, yeah
Your main chick a 6, a 7 at best
She leave with me, she turned to a 10, just like that
No time for games, I’m a damn grown man
I keep a Remington loaded next to bed
Ready whenever, whenever it is
If you rock Yeezys then we can’t be friends, we can’t be friends
If you rock Yeezys then we can’t be friends, nah, nah
I see what you’re doin’
And it don’t make sense, but I ain’t a manager
If you want a hook or a beat
It ain’t gonna be cheap, bring the bands with you
The more I achieve, the more they be hatin’
Lowkey they be sayin’ they always believed in me
Know that they cheated me
Know that they lyin’ and I keep on grindin’, yeah

[Verse 2: Cam’ron]
Uh, Cam, he a flirt
See-through shirt, bright pink toes (bright)
Me, I come through, bright pink Rolls
Bright pink Rolls
Understand this, that I came from the jungle
It made me a monster
But I think you’re fine and we’re spendin’ some time
You could be a dime, but you need you a sponsor
And it’s between us
If I do it then I do it, no need to announce
And don’t even ask
These shoes I got on, you could never pronounce
I know what you’re used to
Dinner, Netflix, smoke you an ounce
I’ll tell you like this, girl
Get your passport, no luggage, let’s bounce
Up, up, away, tonight we land
Tomorrow we leave, it’s all part of the plan
Six day trip, Monaco, Sicily
Roamin’ in Rome, to post in Japan
So what you wanna do?
Ball in your court, it’s all in your hands
Oh what’s my name?
Killa Cam, but call me the man
‘Cause…