Lil Kim Wants Teyana Taylor To Play Her In Her Biopic: “I Love Teyana”

Lil Kim wants Teyana Taylor to play her in a biopic on her life story.

Lil Kim said, “I love Teyana, you know she’s from Harlem.” Kimmy added that even before she met Teyana Taylor, she always felt that she would want someone from the hood she is from so they can connect, s. “Even before Teyana, I would love to give some little girl from Brooklyn so I can connect…it’s gotta be a girl who is from the hood I’m from,” she told Essence.

She and her husband, Cleveland Cavaliers’ Iman Shumpert, appeared in a classic Lil’ Kim and Biggie re-inaction to critical acclaim. Teyana performed Kim’s hit single ‘No Time’ from her debut album Hardcore including her verse in ‘It’s All About The Benjamins’. 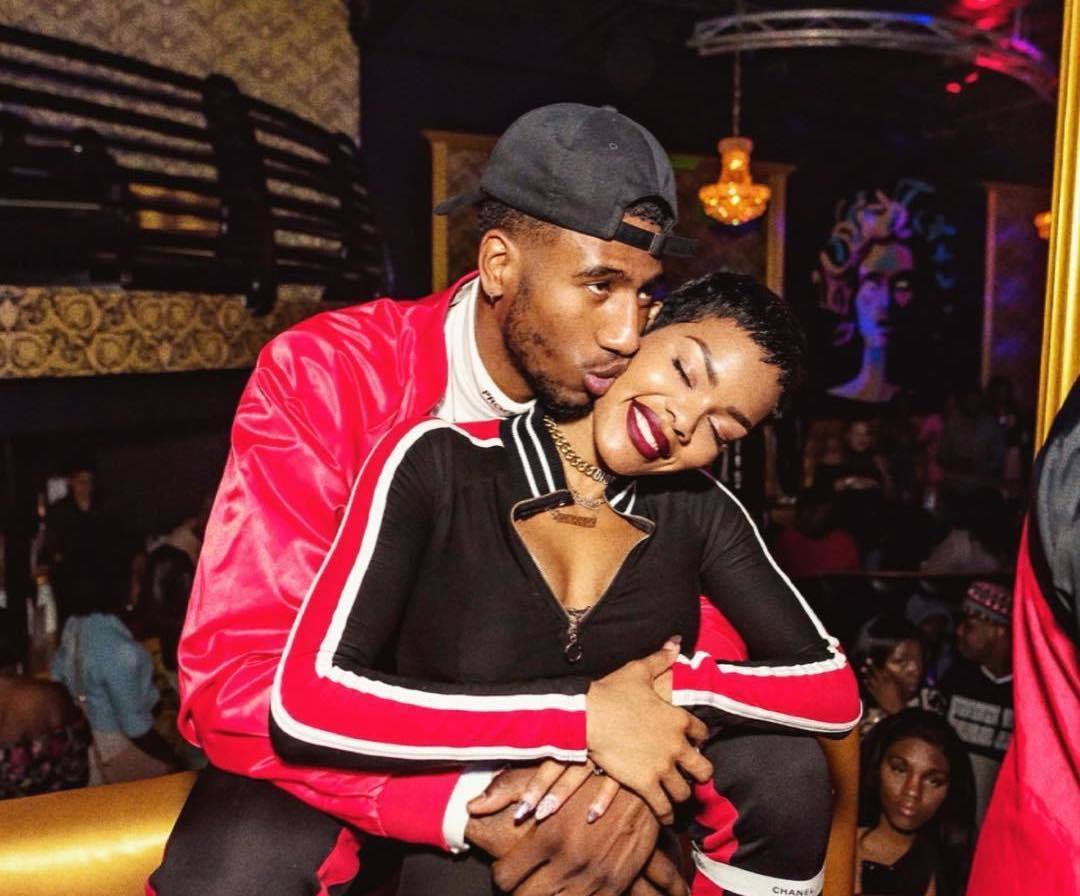 Teyana’s performance was complete with a Lil Kim inspired outfit. Over the years, Lil Kim, whose real name is Kimberly Jones, has been credited as one of the foundational women in music- paving the way for the current generation of rap and hip hop artists. Her presence in the industry has not come without its fair share of controversy as the rapper rapidly changed her appearance. Her ebony brown skin and thick black hair were replaced by almost porcelain skin and blonde hair. She has also appeared to have plastic surgery to change the shape of her face, including her nose.

In an interview in 2000 speaking about her shocking transformation, which her fans have likened to her moving from being an African American person to now a white woman in appearance, she said she has always had self-esteem issues – being told by men she was not ‘pretty enough’- “it’s always been men putting me down , just like my dad.”

Meanwhile, Lil Kim had hinted at a future biopic of her life that would portray her come up in the rap game at a time when women were virtually unknown to be entering the space. With a history that dates back to her being discovered by Notorious B.I.G, who invited her to join his Junior M.A.F.I.A in 1994.

She later led a successful career with two top 20 singles being certified gold by the Recording Industry Association of America (RIAA). Her debut album Hardcore was certified double platinum, and she also is among the only of three female rappers – Queen Latifa and Nicki Minaj to have at least three- platinum-certified studio albums.

She is credited as being the influence behind women in rap embracing their sexuality and femininity in a way not widely appreciated during the era of male-dominated rap and women being relegated to lesser important roles.

Teyana Taylor and Iman Shumpert have landed their own reality show and its coming next year.

Teyana already dabbles into acting and gained even more fame for herself when she appeared in Kanye West’s “Fade” video. The cut went viral for her dance moves which she performed in a workout outfit while showing off her killer body. She also got more attention for her appearance at the New York Fashion week during the summer when she rep Philipp Plein.

Now Teyana Taylor and her entire family including husband Iman Shumpert and their daughter will have a chance to be on your TV a lot more often. Deadline reported that the couple signed on to a new deal with VH1 for their very own reality TV show that will be called Teyana & Iman. The first season episodes will cover their life leading up to Teyana Taylor’s big NY Fashion Week debut. The couple says the reason that they signed on for the reality show is to be a positive symbol of black love.

“Not just black love, all love,” Teyana Taylor said. “It is to inspire all love period. There’s nothing more special than showing young folk that you could be in love and married.”

The show will focus mostly on Teyana Taylor and how she balances family and fame but we may also see some footage of Iman Shumpert basketball career and his plans to dabble in hip hop a little.

Teyana Taylor is a celebrity in her own right but recently she got a chance to meet an even bigger celebrity, Janet Jackson, someone she idolized.

Last month, Teyana posted a video on Instagram of herself on FaceTime with Janet Jackson where she got emotional talking to the pop icon. She finally got a chance to meet Janet in person at one of her concerts. She posted a boomerang video clip of them standing together with their heads turn backwards. “Mothaaaaa f**kinnnnnnnn moodddddd: One of the best days of my life!,” she wrote. “I can’t believe we are really in the same room…!! she gives the best hugs I love you jannnnnn @janetjackson #Finally #SOTW #BestConcertIveEverBeenTo.”

Teyana Taylor has long expressed that Janet Jackson is her idol and even as recent as this year she wore a Jackson-inspired bare midriff ensemble to the MTV Video Music Awards. Back in 2012, she recreated Janet Jackson’s iconic nearly nude photo shoot for Rolling Stone magazine. So it seems Jackson has been paying attention and this is her way of showing love to someone who idolized her so much.

“I had to wait til today to post this because I wanted to make sure it wasn’t just a dream,” Teyana wrote. “But waking up today and it still being there I know now it’s REALLY REAL thennnnn i look up again to a post of you and I on ya page chillllleeeee it was just tewwwww much for me to take in all at once. You have been one of my biggest inspirations.

I had to wait til today to post this because I wanted to make sure it wasn't just a dream, but waking up today and it still being there I know now it's REALLY REAL ? thennnnn i look up again to a post of you and I on ya page chillllleeeee it was just tewwwww much for me to take in all at once. You have been one of my biggest inspirations. Every last one of my shows incorporated a tribute to you! You are the reason why I LOVE THIS. Putting PASSION, LOVE & SOUL on stage and creating sexy music! This was more than just a delayed flight this was potentially missing an opportunity to meet one the the women that pave the way for me and countless others. Yes I cried like a baby but so what! I love you and thank you for ur beautiful words and taking out the time to call me before ya show. IM STILL SPEECHLESS & I can't wait to meet you Queen. ?? @janetjackson P.S. my hubby is the MVP for capturing this FaceTime footage I love you babe ??? ?: @theauntiesinc @destinyfulfild @imanshumpert SLIDE TO SEE THE REST OF THE CALL! ?????? This is another cut where Breezy takes on the directing mantle with the help of Spiff TV. The video Halloween-themed video features Chris Brown as a zombie and Future as a very rich ghost wearing Balenciaga and riding around in a Rolls-Royce. The clips start out with Brown rising up out of the grave to perform some dance moves that will take you all the way back to Michael Jackson’s “Thriller.”

Young Thug was more of a Jack The Ripper type character where he was killing zombies and beheading people. You can find cameos from Fabolous, Trey Songz, and Teyana Taylor. Breezy ensured that he gave viewers a disclaimer for the scary video. “This film and its contents do not inherently convey or praise any kind of occult,” the disclaimer reads.”

Chris Brown is currently getting ready to release his new album “Heartbreak on a Full Moon” and this single “High End” is the latest track off the project. You will also find a bunch of other previously released singles including “Privacy,” “Questions,” “Grass Ain’t Greener,” and “Party.”