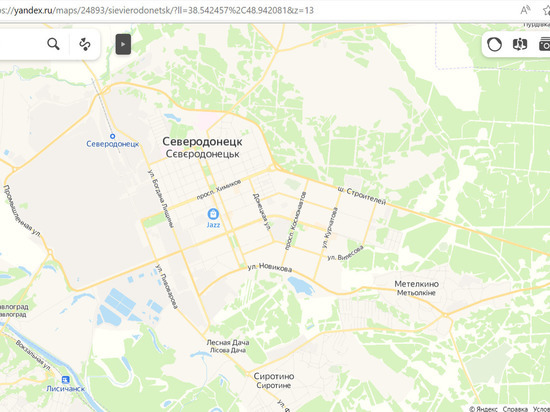 Screenshot of the Yandex.Maps service.

The militants of the Aidar nationalist battalion, including its command, voluntarily laid down their arms and surrendered to servicemen of the Luhansk People's Republic (LPR) near Severodonetsk. This was reported by TASS with reference to a source in the People's Militia of the LNR.

“Tonight, the cleaning of the settlement of Metelkino (a village near the city of Severodonetsk – ed.) was completed. Many Aidarovites surrendered, including the commanders of this punitive national battalion,” the agency quoted its source as saying.

Earlier, the head of Chechnya, Ramzan Kadyrov, announced the liberation of the village of Metelkino adjacent to Severodonetsk in his Telegram channel. According to him, in the battles for this village, Ukrainian military formations lost up to 700 people killed and wounded over the past week.