Why the security forces “slept through” the riot

The National Security Committee of Kazakhstan announced the elimination of two terrorist cells, whose representatives participated in the street riots in Almaty. Seized firearms, traumatic and flash-noise grenades, cartridges, religious literature. And this is just the beginning. How did it happen that the special services of Kazakhstan missed the terrorist threat? MK asked an expert about this. 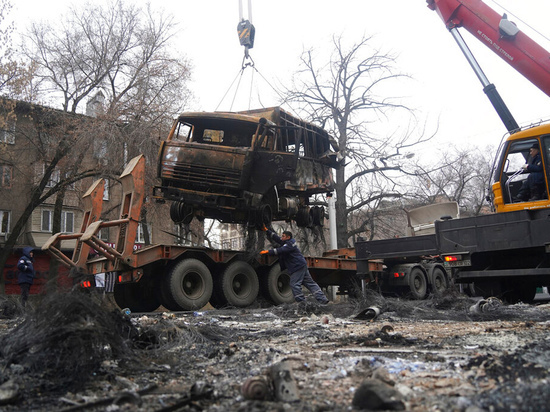 Information appeared on the Internet that the number of people detained with weapons in Kazakhstan has reached several thousand. Among them are non-citizens of Kazakhstan who speak Arabic. It is reported about some training camps in the mountainous regions of the country, where the militants were trained. Where did the terrorists come from in Kazakhstan and why did the law enforcement agencies allow them to appear? Is it official negligence or corruption in all its glory? A Russian employee of one of the law enforcement agencies, on condition of anonymity, shared his opinion on this matter.

– You don't have to be seven inches in your forehead to understand, firstly, that this is corruption, and secondly, that these bases and emerged with the light hand of the very special services that supposedly have to fight them.

– Let's not forget that the Nazarbayev clan is not only politicians. It is a kind of a whole group of bankers and businessmen. And the economy is always property and financial assets. To keep them, and even better to multiply, we need people who know how to do this. And this is not always about lawyers, because not everything happens within the legal framework.

Incidentally, these are not always representatives of law enforcement agencies, because the law enforcement agencies should not be involved in all cases. But measures to protect property need to be carried out. Under this topic, and there are incomprehensible security organizations that have the opportunity to train their specialists on such bases. They are both official and unofficial.

– Let's see what a PMC is. This is a convention. There is no such term legally. There are security companies that are able to work abroad. It is customary to call them private military companies. They must be based somewhere, train specialists. For such purposes, camps are created. I think that in the case of Kazakhstan, under the “roof” of one of such enterprises, people were just preparing “in case of emergency”. And such a case has come.

– Why not Kazakhs? The foreign trail has not yet been officially established there. So far, President Tokayev has only promised to provide information about the international trail after a while.

– Yes, and they also write that there are many detainees who agreed to hold a meeting for $ 200. And then it turns out that this is a famous musician from Kyrgyzstan. Kazakhstan is a state that is located at the intersection of various paths. It has always been pro-Western oriented. There, even English is taught in schools as one of the main ones. But this is a western-oriented state with an oriental flavor. Because China's money also plays an important role there. Kazakhstan is part of the new Chinese Silk Road.

On the other hand, it is a Turkic-speaking state, which fully fits into the theory of Pan-Turkism. State representatives are members of the Council of Turkic Peoples, which meets in Istanbul. It turns out that both the Turks and the pro-Turkish Syrian militants could well have been there. As instructors, of course, hardly. And as performers – it's easy.

– Why did you decide that a lot of weapons were needed there? To “nightmare” a peaceful city, a platoon of trained fighters with standard weapons is enough. And that's it, control over the city is in your hands. Civilians do not expect an attack.

In the same Alma-Ata – to seize, for example, as Lenin wrote, banks, telegraph, post office, and make a revolution. The same situation. Key points are taken – and the city is already under control. But the fact is that they – the militants – did not have the task of taking control of the city, they just needed to destabilize the situation. Again, I believe that the militants acted in the interests of Nazarbayev and his clan in order to demonstrate to the current government: “Guys, if you do something wrong, then we will arrange a” St. Bartholomew's Night “throughout the country.” And until they reached an agreement with the CSTO, they succeeded.

In Kazakhstan, the rise in fuel prices provoked riots: shots of pogroms 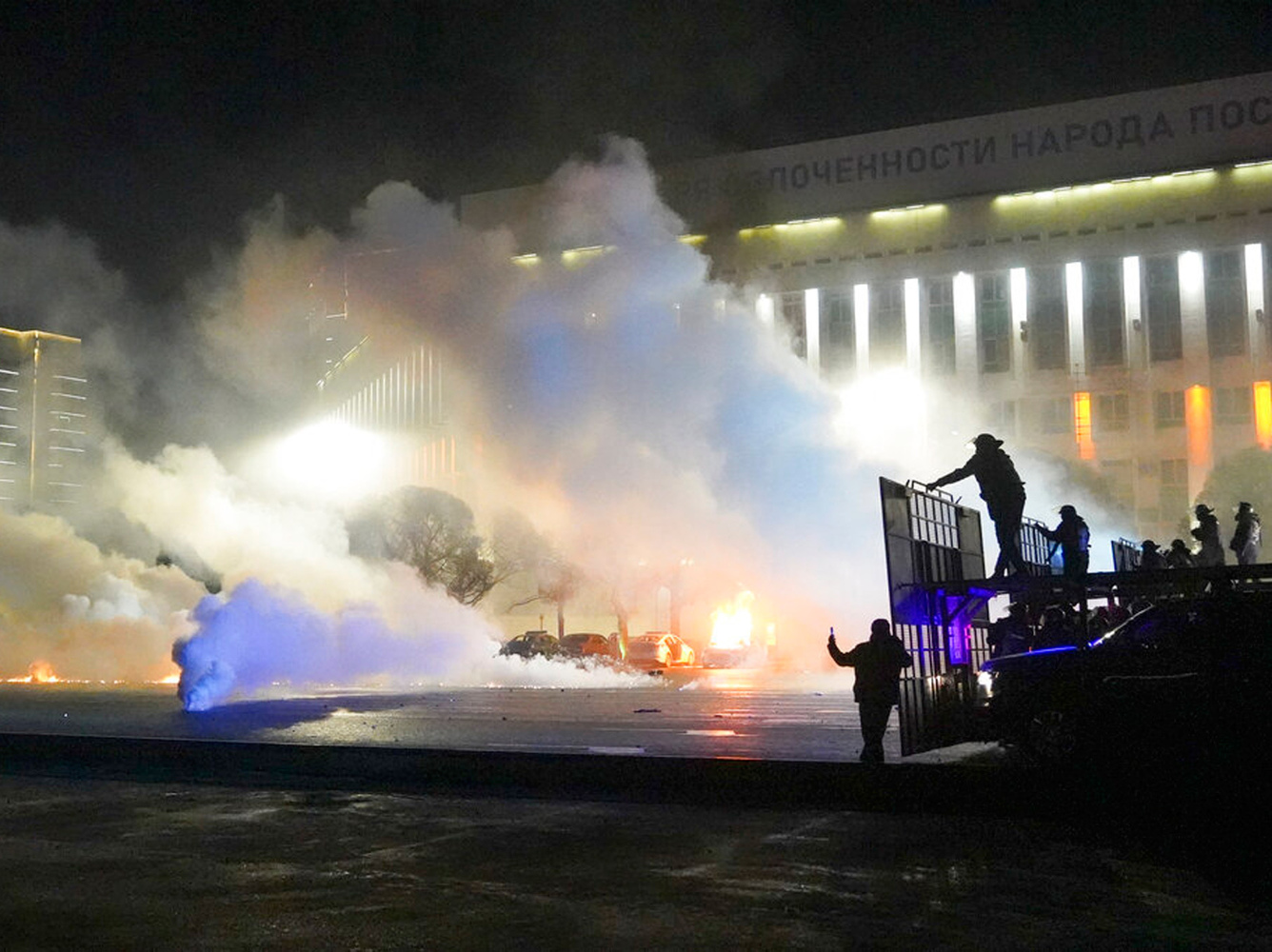 In fact, maintaining such a structure is not as expensive as it seems. There are so many weapons left in the post-Soviet space that it is even impossible to take them all into account. Therefore, the weapon, as a rule, is already available, it is not necessary to import it, and it is not profitable. The second source of weapons is the security forces. Unfortunately, most of them turned out to be not the most prepared. Therefore, it was not a big problem for specialists to take possession of their weapons. We could see: the police fled immediately.

Russia, most likely, has also expressed its interests, to which the authorities of Kazakhstan, I think, will agree. As an example, this is Baikonur, where some kind of military contingent can be deployed to protect our specialists. As soon as an agreement on the CSTO line was reached, Nazarbayev's geopolitical loss became obvious.

CSTO troops were brought into Kazakhstan: footage from the streets

Watch the video on the topic

In the West, he is considered a corrupt official, criminal cases have been initiated, including the arrest of part of his assets, both in real estate and in money. He can't run there. And he thus nullified all agreements with Russia. Lukashenko's conversation with Nazarbayev confirms this. Because the first person of the CSTO did not call Nazarbayev, and he could not get through to the first person. The President of Belarus had to act as a mediator of the dialogue.

– Are there other options?

– I think this is unrealistic. They simply do not have such tasks. If they were, they would have been installed initially. And then it would have flared up not only in Kazakhstani cities, but also, for example, in Omsk, Novosibirsk or somewhere else. No, apparently, these groups were created for specific projects. Financial and industrial groups provided them with material assistance, and law enforcement agencies covered them.