'Athlete' successfully passed state tests. & nbsp; By the decision of the state commission, two versions of the armored car were recommended for adoption for the supply of the Armed Forces of the Russian Federation. The MIC noted that the next step will be the preparation of documents and standard procedures for the official acceptance of the “ Athletes '' for the supply of the Russian Armed Forces and the beginning of their serial production. 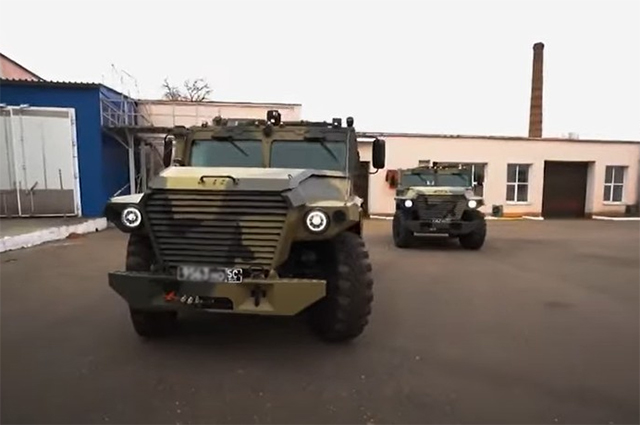 How was it tested?

Athlete Preliminary Trials took place at the bases of the Research Institute of Automotive Technology (Bronnitsy), the Research Institute of Armored Vehicles of the Ministry of Defense of the Russian Federation (Kubinka) and the Center for Testing Automotive Technology “ NAMI '' (Dmitrovsky district of the Moscow region). First of all, the running characteristics of the equipment were checked. Experienced Athletes have covered thousands of kilometers on various routes of various kinds and with various obstacles. Their behavior on water obstacles was investigated. We also checked the performance of the machines in the entire range of specified climatic conditions.

At the training ground of one of the research organizations, an experienced “ Athlete '' subjected to explosions, shelling and other influences characteristic of a combat situation. & nbsp; As part of these tests, the car was fired upon with the use of ammunition corresponding to the design level of protection, and explosions were carried out under the car and next to it. The resistance of the armored car to arson was also tested using a fire mixture. During these checks, it turned out that the ballistic protection is capable of withstanding the hit of a 7.62-mm armor-piercing rifle bullet. Mine protection saves the crew from the explosion of 2 kg of TNT under the wheel or bottom.

Athlete is a universal platform suitable for the installation of various equipment or weapons. On the roof can be mounted remotely controlled combat modules of different models with one or another weapon & ndash; at the request of the customer. In the future, the appearance of specialized modifications with special equipment is possible. Possible development of a civilian version of the chassis was mentioned.

The armored car is considered as a supplement or replacement for the existing “ Tiger '', which is characterized by increased characteristics & ndash; first of all, protection. The characteristics obtained during the tests do not yet allow the attribution of an “ Athlete '' to the MRAP class (wheeled armored vehicles with enhanced mine protection), but it favorably distinguishes it from its predecessor, the Tiger. Compared to the latter, the level of protection of the Athlete many times higher.

At the moment, there are two options for the “ Athlete '' with a different armored hull design. The body with bulletproof and splinterproof protection can have a set of three or five doors. The three-door car is considered as a special vehicle, the five-door & ndash; as multipurpose. In terms of protection, both modifications are identical.

Cars are equipped as standard with anti-traumatic seats for all crew members and an air conditioning system in the cabin, as well as other systems. Depending on the modification, the armored car can carry from two to eight fully equipped soldiers. The landing party can use personal weapons using the embrasures in the glazing.

& nbsp; & laquo; Athlete & raquo; has a 4×4 wheel arrangement and is equipped with a Yaroslavl diesel engine YaMZ-5347-24 with a capacity of 240 hp. The transmission provides four-wheel drive. A car weighing about 9 tons develops a speed of at least 120 km/h on a highway, a cruising range & ndash; 1000 km. It was previously mentioned that in the “ Athlete '' perspective can get a new, more powerful engine. As a result of this, the main characteristics will grow, in & nbsp; including carrying capacity. The main differences between the new car and the Tiger & mdash; increased up to 1600 kilograms of carrying capacity, which in the future can be raised to 2500 kilograms.

According to experts, the armored car can be used in the Russian army or in law enforcement agencies. Also & nbsp; the machine may be of interest to foreign customers.